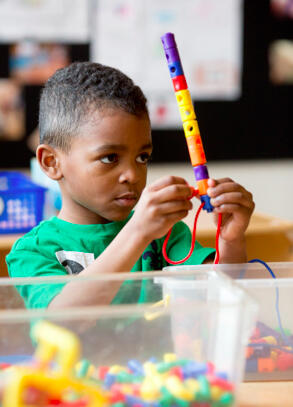 Some 64,000 new children are projected to enter California’s expanding and groundbreaking Universal Transitional Kindergarten program this month, under a blueprint drawn this summer by state lawmakers and the governor. But access to this pre-K effort remains more limited for Black families in many parts of the state, researchers found.

The count of Black children enrolling in this pre-K option fell prior to the pandemic, the UC Berkeley team found. Enrollment of Black children further declined by 35 percent during the Covid era, as previously reported by the Public Policy Institute of California.

Black enrollments as a percentage of all 4-year-olds fell behind other ethnic groups in major California regions, including Los Angeles, San Bernardino, and Sacramento counties.

“We don’t yet know why African American parents shy away from transitional kindergarten,” said Carla Bryant, study coauthor and director of the statewide nonprofit, District Innovation and Leadership in Early Education. “It’s possible that Black parents may remain loyal to their neighborhood preschool rather than being drawn to pre-K situated in public schools.”

“Policymakers hope to narrow the wide gaps in children’s early learning,” said Bruce Fuller, a professor at the Berkeley School of Education, sociologist, and coauthor of the study. “We simply won't reach this goal unless all children gain equal access to quality pre-K.”

The study was led by scholars Ja’Nya Banks, Chunhan Huang, Abby Slovick with Carla Bryant and Bruce Fuller at the Berkeley Children’s Forum, a research and development initiative housed at the Berkeley School of Education.

Link to the study.