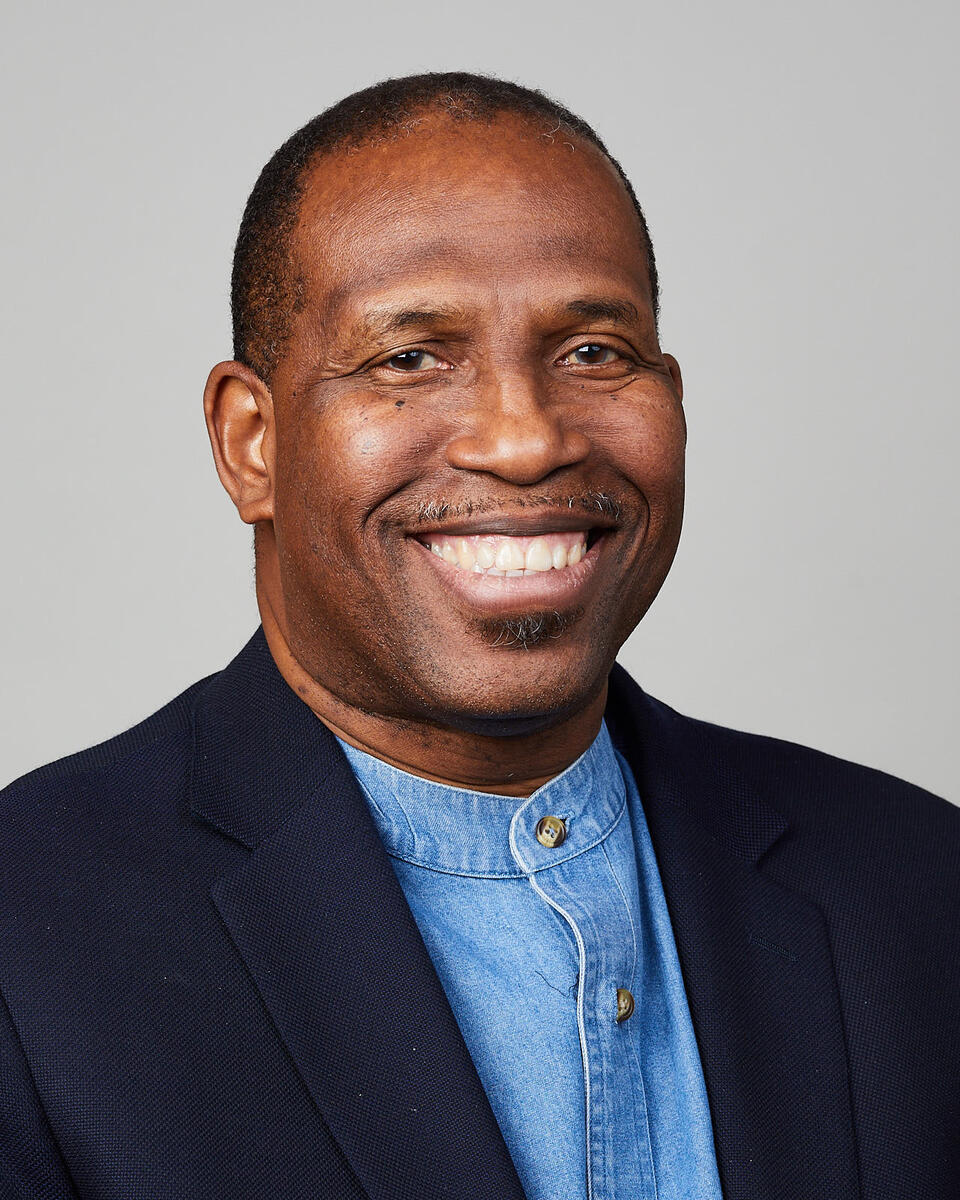 Music has been an integral part in Worrell’s life since childhood, and he continues to share the gift of song whenever he can. He has joined or directed numerous glee clubs and marching bands, and conducts the GSE’s choir, which performs public sing-a-longs on campus and is a fixture at the GSE’s commencement.

There are too many favorite songs for him to choose one, but there are two that, in this moment, carry deep meaning.

The GSE Choir typically ends commencement with "An Irish Blessing:"

And in more private moments, Worrell has been turning to “I Believe” (1953; written by Ervin Drake, Irvin Graham, Jimmy Shirl, and Al Stillman):

Both pieces signal for him altruism, optimism, and a sense of community.

“Whether COVID-19 or the growing threat of authoritarianism within and beyond the United States,” he said, “or the racial reckoning that we are experiencing with concomitant intolerance on both the right and the left, it is important to be grounded in something.”

You might never guess that the public face of the American Psychological Association (APA), the largest scientific and professional organization of psychologists in the United States, was once a shy kid who often chose reading a good novel over playing outside.

Professor Frank C. Worrell PhD '94 remembers his parents insisting he get outside. “I wasn’t one to defy my parents who were a teacher and a police officer. So I obliged. I would throw a book out of the window and collect it and proceed to go to the park to read,” Worrell said with a hearty laugh.

From those introverted days of finding creative ways to keep reading to leading one of the top-ranked School Psychology graduate programs in the country, Worrell did eventually discover his natural disposition for playing nicely in the sandbox. And his innate concern for the wellbeing of others has dovetailed nicely with his chosen profession, even if school psychology was, as he describes it, a happy accident.

From Teacher to PhD Student

Worrell originally planned to become a classroom teacher, but after taking psychology classes in college he found an affinity for research. Through a series of fellowships and grants, and his parents scraping together what little extra money they had, he completed his bachelor’s degree at a Canadian university, graduating at the top of his class. He then received a scholarship from the university to earn his master’s degree.

With an advanced degree in hand, Worrell returned to his home in Trinidad and Tobago to teach and eventually became the principal at a continuation school. But the pull of a doctoral program was too great.

None of the three doctoral programs where he was accepted, including Berkeley, offered enough financial support. The late Professor Nadine Lambert, who founded the GSE’s School Psychology program, encouraged Worrell to apply for a job at Berkeley’s Harold E. Jones Child Study Center.

“So I get on the manual typewriter and I typed up a CV. I put down that I had taken developmental psychology when I was in Canada as an undergrad, worked in a university preschool, and I also worked in a community preschool. I put down everything,” he said. “I put I was in the marching band.”

He paid for overnight delivery of his CV and within 24 hours of receipt, Worrell was offered a job, and soon after was packing his bags for Berkeley.

Whole School. Respect. Give Back.

He admits to taking “the slow route” to earn his doctoral degree (six years) but along the way, there were three lessons learned that he continues to use today as the faculty director of the GSE’s School Psychology program.

“Think about the whole school,” he said. “Don't just think about kids with disabilities. Think about how improvements in the school system can promote prevention, normative development and result in fewer students in special education.”

Third, be an active participant in professional communities. “For example if there’s a committee considering the definition of `learning disability,’ join it so that you actually get to contribute and give back. Your name might not be in lights but you have made a difference,” he said.

It’s clear that Worrell takes to heart these lessons as he rattles off the numerous task forces, committees, and boards he has established or joined at a variety of professional organizations in the years leading up to his election as the 130th president of the APA.

Within days of his presidency starting, Jan. 1, 2022, he was busy issuing public statements on timely issues such as the Jan. 15 synagogue hostage situation in Colleyville, Texas, and Martin Luther King Jr. Day, and didn’t hesitate to begin working on building more momentum on internal issues such as equity, diversity, and inclusion within the APA membership and leadership; reparations for historically marginalized groups; and developing policies on gender diversity.

Between traveling, video conference calls, and emails, he still finds time for his favorite activity – reading. A fan of science fiction and fantasy, Worrell is currently working through the multi-year stack of back issues of Asimov’s Science Fiction.

As for getting outside the way his parents encouraged him to do? “Well, not so much,” he says with a laugh.