Arlyn Moreno Luna is a doctoral candidate in the Critical Studies of Race, Class, and Gender program at UC Berkeley’s School of Education. Her scholarly interests include access and equity in higher education for first-generation and traditionally underrepresented students; students’ higher education pathways; students’ experiences when transferring from community college to four-year institutions; and bachelor's degree attainment for students who begin post-secondary education at a community college.

Arlyn was born and raised in Mexico, migrating to the U.S. as a teen. She started in a new educational system without knowing English, which shaped her perspectives and educational aspirations. Arlyn experienced firsthand how historically marginalized students are tracked into technical careers and not into college. Arlyn developed a strong desire to conduct research that provides systematic evidence that informs best practices to promote immigrant and student equity.

Following high school, Arlyn attended a local community college and later transferred to Oregon State University, where she was admitted into the University Honors College. She received her Bachelor of Science in BioResource Research in 2013 (with Honors) and a Master of Public Policy, with a focus in Social Justice in 2015 from Oregon State University. While at Oregon State, Arlyn demonstrated a genuine, energetic desire to improve the lives of her Latinx fellow students, particularly those who face the same obstacles that she has overcome in higher education. She originated and chaired the committee that developed the Mi Familia Weekend, a bilingual event created to help OSU’s Latinx and Chicanx students share their university with their families. After her Master's program, Arlyn worked as the Interim Director at Acorn Outreach, a nonprofit organization in Corvallis, Ore. Before starting her PhD program, Arlyn served as the program manager of the Diversity and Inclusion Science Initiative at Arizona State University.

In her spare time, Arlyn loves hiking (her biggest summit has been Mt. Fuji in Japan and the Grand Canyon, in Arizona). She also mentors Latinx/Chicanx undergraduate students who are interested in graduate programs. 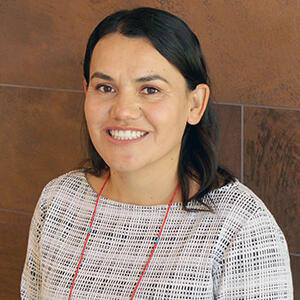